In recognition of Sandwich’s role as a gateway community to Canada, the Gordie Howe International Bridge project is investing in improvements to the current infrastructure on Sandwich Street between the Rosedale Avenue roundabout and Ojibway Parkway. This work is estimated to be in the realm of $12 million and will include road and intersection and improvements, the addition of cycling facilities and streetscaping enhancements. This work is anticipated to begin within the next year following the work to be performed in the area by the City of Windsor and Enwin.

The Sandwich BIA will be hosting a session ‘Commerce During Construction’ with the City of Kelowna’s Kelly Kay, During the presentation, you will learn more about the lessons learned and best practices for businesses that emerged through the Bernard Avenue Revitalization project in Kelowna, BC. This session will include a presentation followed by a moderated question and answer period.

Join us for our upcoming Online Seminar on Tuesday night April 27, at 6 p.m.
Email Sandwich BIA coordinator Tom Coke at tc_35@hotmail.com to attend. 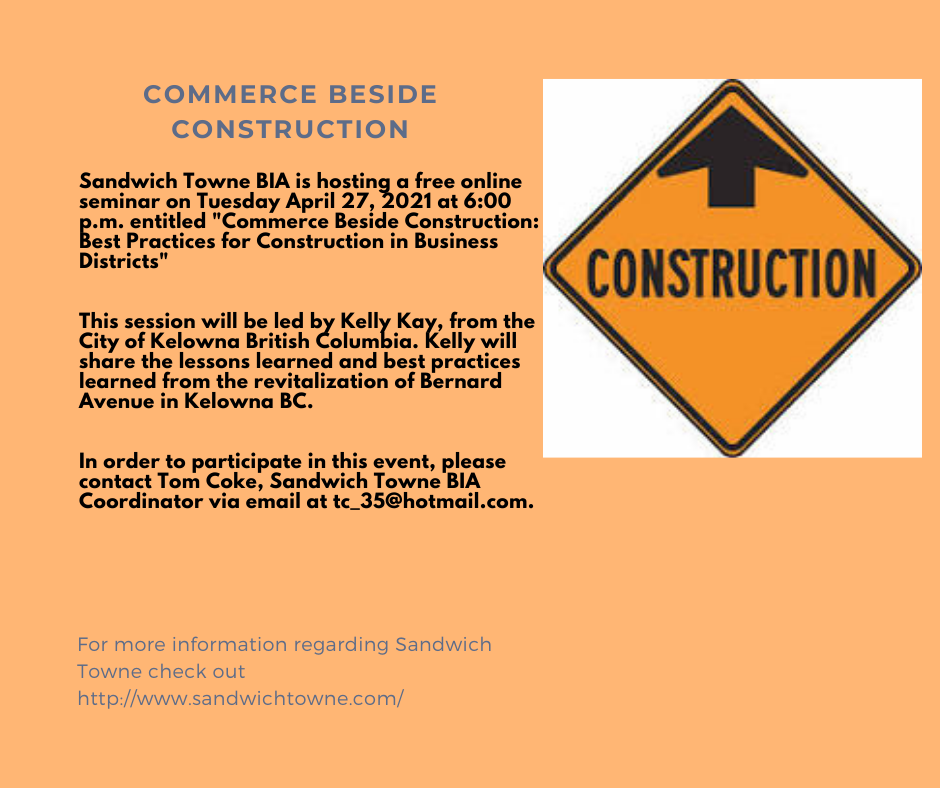 Hosting an event, or looking for a room to rent?


Look to Historic Sandwich Towne for any event or celebration – we offer indoor and outdoor venues, parks and landmarks with scenic settings that continue to make history. This close-knit neighbourhood is perfect for weddings, meetings, exhibits or catered-events.