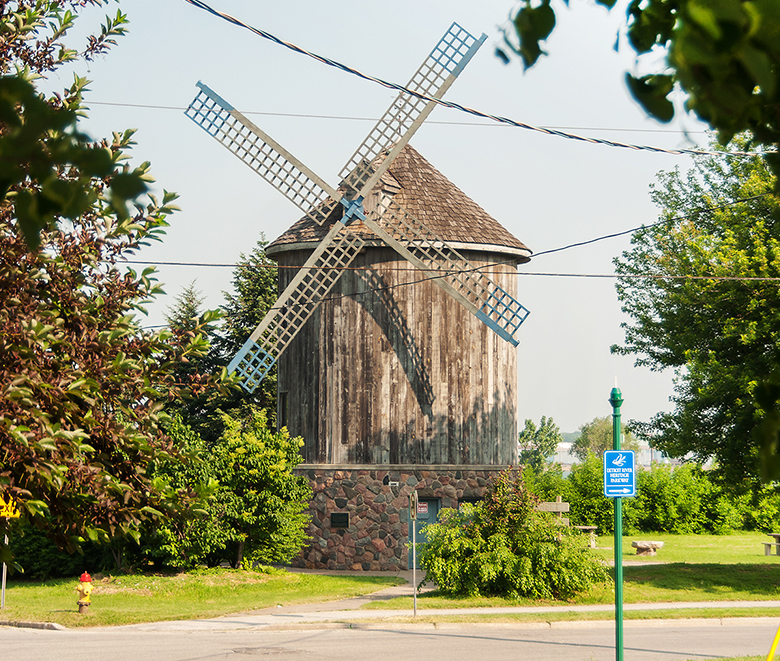 Located along the Windsor - Detroit border of the Detroit River, our vibrant waterfront community is steeped in heritage and history. Take a walking tour, enjoy an afternoon tea, a unique dining experience, a craft beer or a nightcap.

At the top of the crest - a chain represents the African American people who escaped slavery by crossing the river to freedom in Canada. On the right - a feather represents the First Nations people who were the first to live in the area, providing the land for the town of Sandwich. To the left - a portion of the British flag represents the English settlers who founded the town of Sandwich in 1797. At the base - a Fleur De Lis represents the French people who were the first Europeans in the area. The white band in the centre of the crest represents the Detroit River. The windmill, a long standing symbol for Olde Sandwich Towne. Its vanes form a cross to symbolize the importance of the role of churches in establishing this community. Most still stand today, Together, all of these symbols illustrate the history of the oldest continuous European settlement west of Montreal. Original design by local artist Elio Del Col.